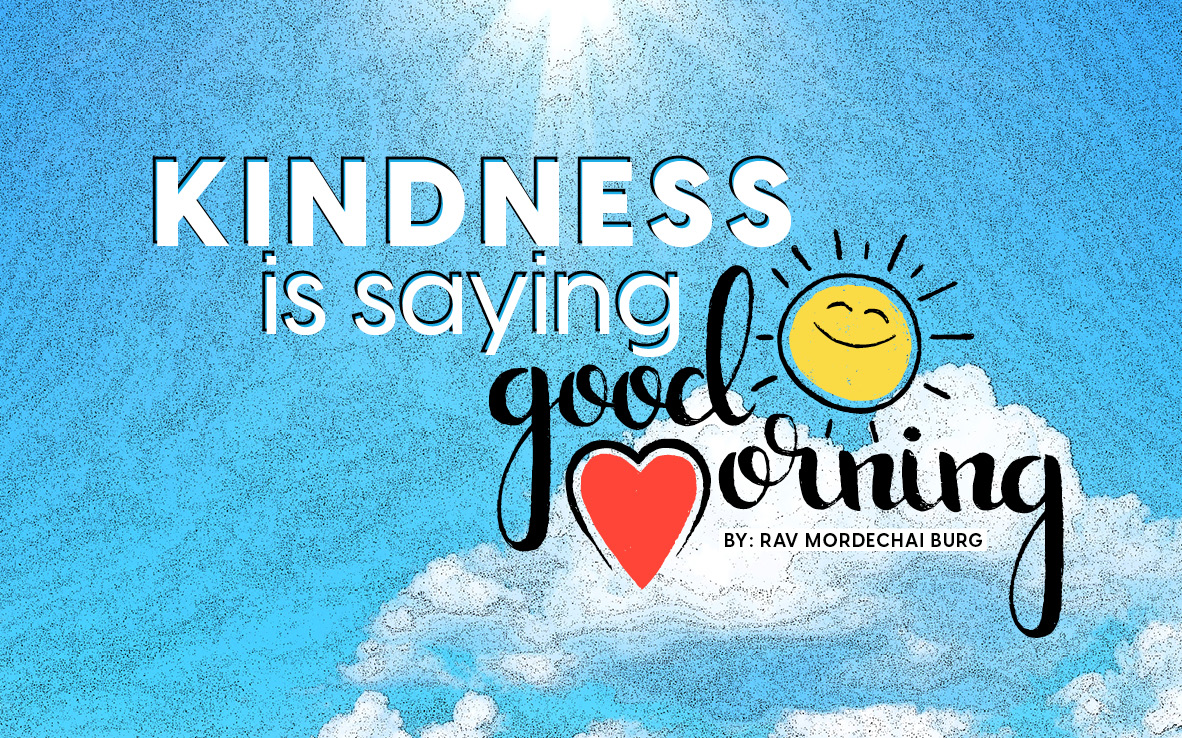 It was the first day of Yeshiva, and Reuven (name changed to protect the innocent) came to Shacharis. He did not put on Tefillin. He did not open a Siddur. He just sat there with a completely blank look on his face. He did not hide in the back of the Shul. He sat right in front of the Mashgiach of the Yeshiva, Rav Daniel Glanz, and myself. After davening the Mashgiach and I wished Reuven a warm good morning. He did not respond. He just looked at us with the same blank face and walked away.

I was confused, to say the least. I had interviewed Reuven six months earlier, and he had seemed like a completely different person. Warm, engaging, a beautiful smile. Not the type to come to davening and just sit there. Certainly not the type to completely ignore someone who was speaking to him. I chalked it up to jet lag and adjusting to Yeshiva. Leaving home and coming to Israel for the year is always challenging. I didn’t make too much of it.

The next day and the day after that, the scene repeated itself. Reuven came to davening. He did not put on Tefillin. He did not daven. He sat with a blank look on his face. He sat right in the front of the Shul. The Mashgiach and I wished him a good morning. He completely ignored us.

The Mashgiach took a different approach. Every day after davening, as Rav Glanz was wrapping up his Tefillin, he said good morning to Reuven. Every day Reuven ignored him. The Mashgiach and I would make eye contact and shrug our shoulders. Reuven would not open up to anyone. He was going through Yeshiva completely silent. He had the same blank look on his face throughout the Yeshiva day. He rejected any overtures to talk. But Rav Glanz was relentless. He never stopped saying good morning.

Months went by. Nothing changed. Reuven continued to come to davening but never said a word. He did not put on Tefillin. Until one fateful morning. Rav Glanz was wrapping his Tefillin after davening, and Reuven was walking by. Rav Glanz gave Reuven his classic warm smile and his customary good morning. This time Reuven responded with a good morning in return. It was not much. He did not stop and chat. He continued walking to breakfast. But as soon as Reuven was out of earshot, I turned to Rav Glanz and said, “He speaks!” The same thing occurred the next day and the day after that. As Reuven was walking out of the Shul, he would respond with a good morning of his own. Somehow Rav Glanz had broken through what seemed to be an impenetrable wall.

A couple of weeks went by, and again something shifted. Reuven came to daven in the morning and put on Tefillin. He opened his Siddur and began saying the words. No one knew why Reuven decided to daven. He still wasn’t talking to anyone. But he was clearly making a move. And another thing changed as well. Reuven would not just respond good morning with a blank stare; he actually had a smile on his face. It was really beautiful to see. When Reuven smiles, he smiles with his whole face. He lights up the room.

A short while later, as Rav Glanz and Reuven wished each other their daily good morning, Reuven asked Rav Glanz if they could speak. Of course, Rav Glanz immediately said yes. He had been waiting months for this opportunity, and now that it had arrived, he would not let it pass. They went for a walk. When they returned from their conversation, Rav Glanz pulled me to the side. I have known Rav Glanz for a long time. He is not easily shaken up. He had a look on his face, unlike anything I had ever seen. The details of his conversation with Reuven remained private. All he could tell me was that something dramatic happened to Reuven between my interview with him in February and his arrival in Yeshiva. Reuven was in a tremendous amount of pain. He had strongly considered taking his life. And the reason Reuven wanted to talk to Rav Glanz that morning was to thank him for saving his life. It was Rav Glanz’s good morning that stopped him from committing suicide. In times of great pain he knew that there was someone in the world who would not give up on him. Despite the fact that he never responded, Rav Glanz never stopped saying good morning. And if Rav Glanz would not give up on him, he would not give up on himself either.

Everyone is struggling. Some more so and some less so, but everyone is going through something we know nothing about. A little bit of kindness goes a very long way. For those who feel completely alone, a kind word is a refreshing oasis in an arid desert. Rav Shlomo Freifeld zt”l taught that in previous generations if someone wished you a gut morgen (good morning), the appropriate response was to wish them a gut yahr (good year). But why such an exaggerated response? They wish you one good morning, and you bless them with an entire good year?!? Rav Freifeld explained that the person who says good morning has done much more than utter a simple platitude. He has let the other person know they matter and are worthy of being greeted with a smile and warm wishes for a great day. The person who receives a good morning from another has received life itself. The next time you have the opportunity, greet someone with a smile and a genuine good morning. Watch their face. See how they smile back. Watch how they come alive. A simple good morning, one human being to another, can literally save a life. 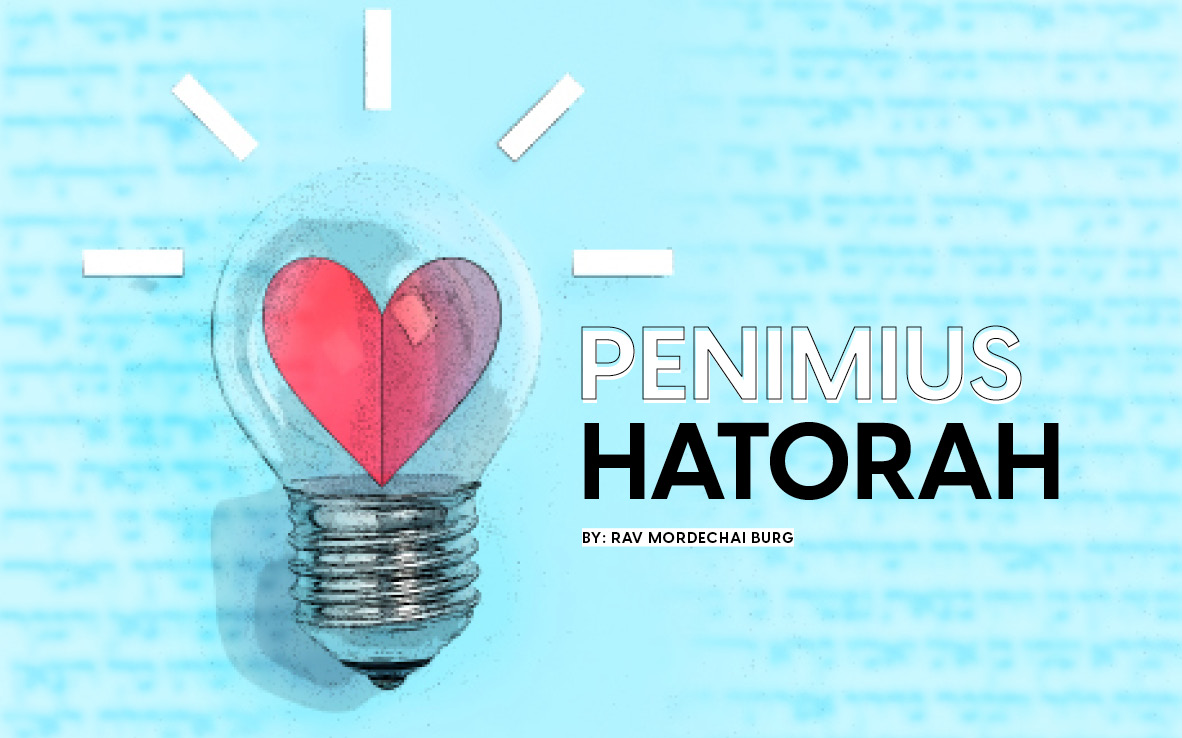 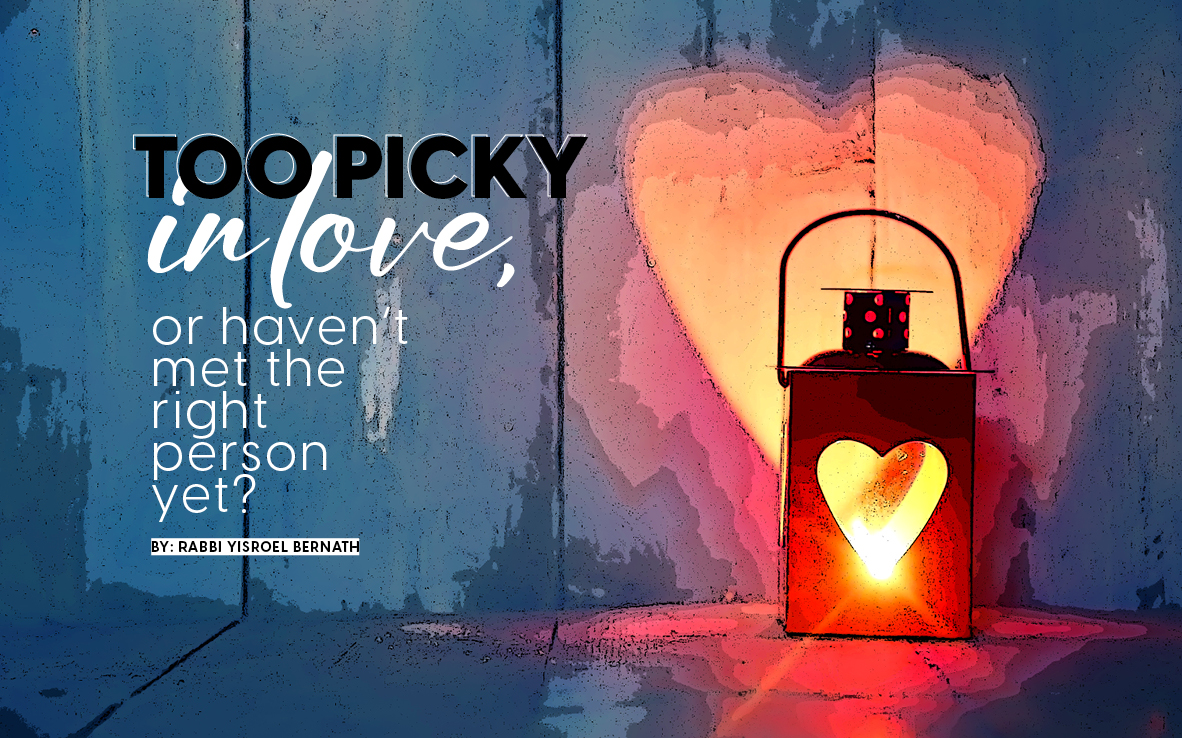 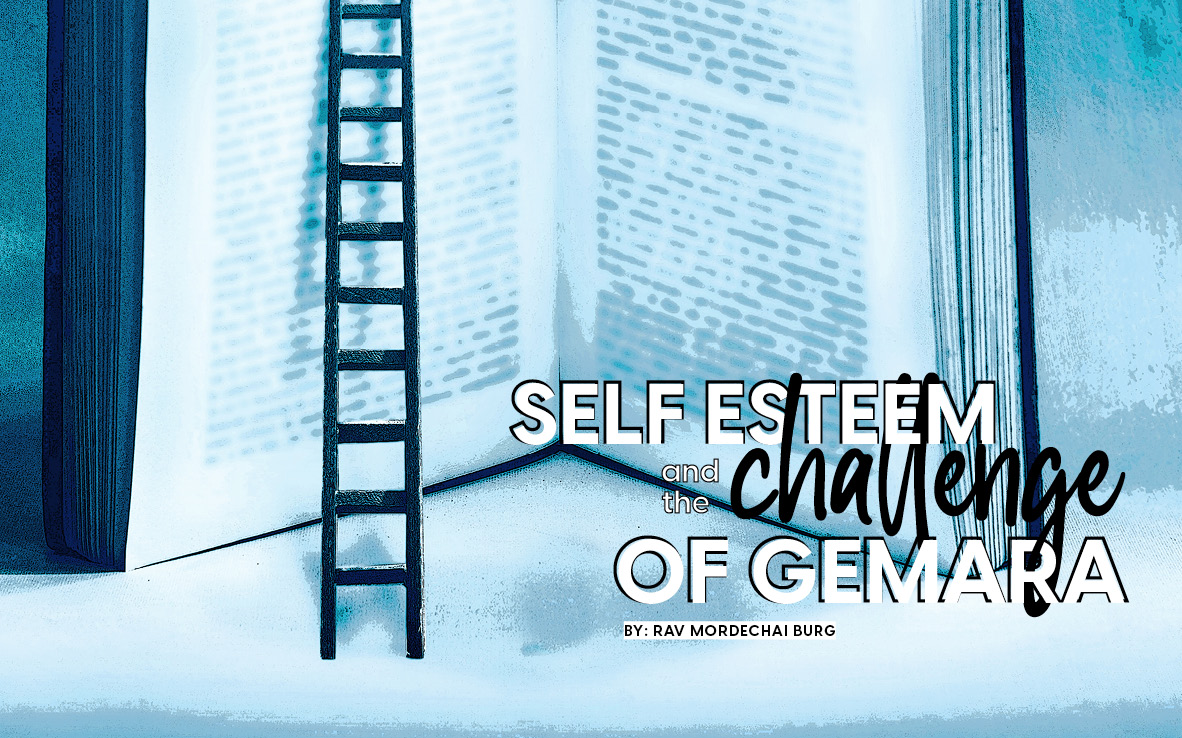 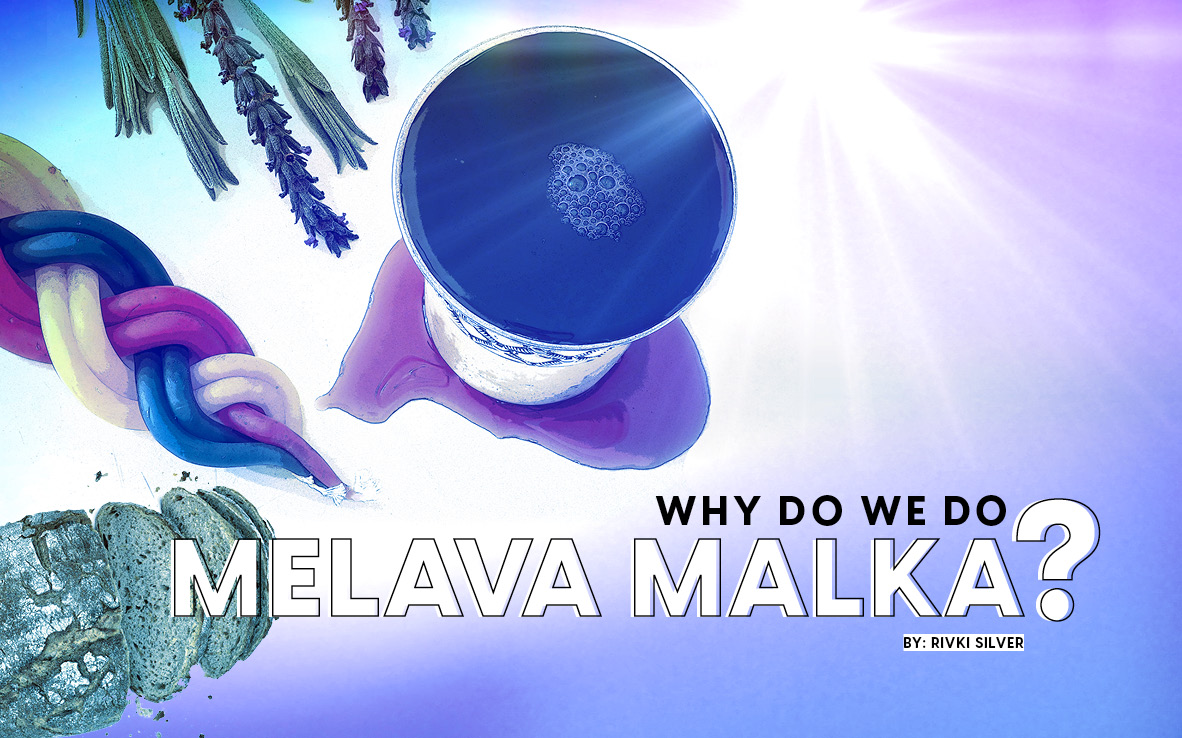 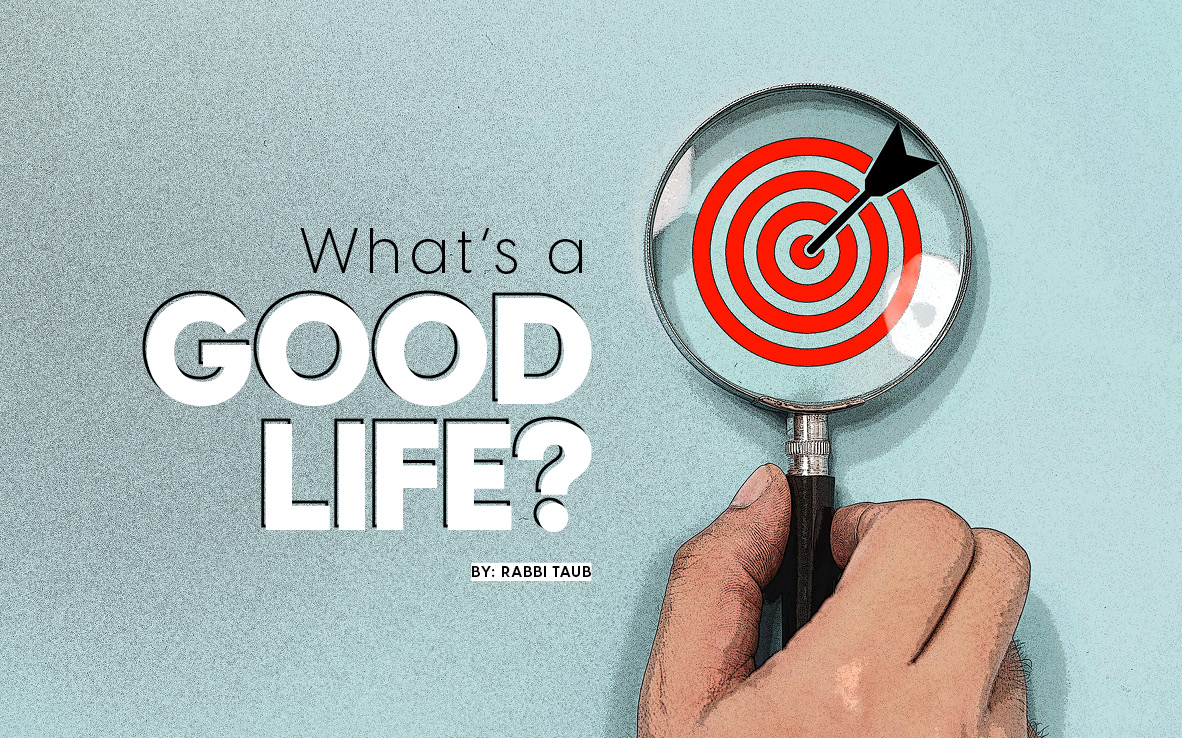 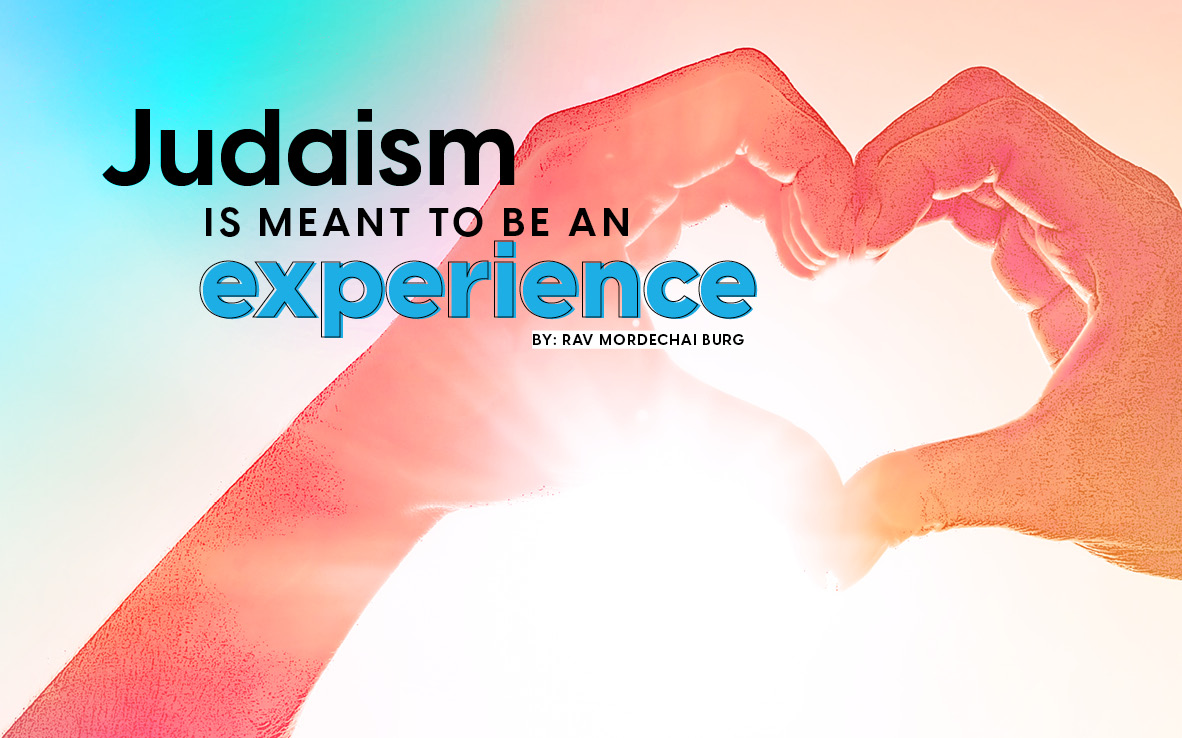