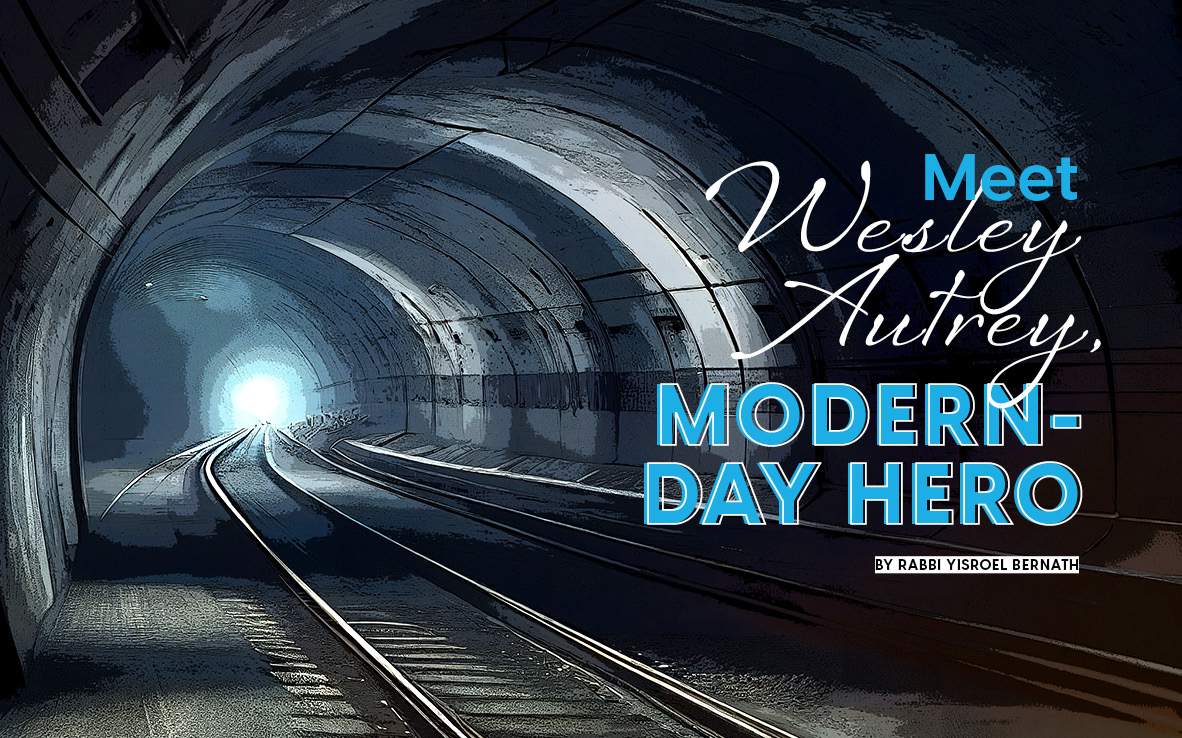 What Kind Of A World Would It Be…

…if we lived in the moment rather than regretting the past or worrying about the future?

…if we took time to help one another?

…if we didn’t live in fear?

…if we cared about people?

…if we smiled more?

I’ve been thinking a lot about this today, which is strange in itself because for the first time in a long time, I actually HAVE time to think.

Wesley Autrey was just an average New Yorker waiting for the subway on the afternoon of January 2, 2007. But in an instant, Wesley became a hero.

While he waited on the subway platform, Wesley watched a man collapse and fall onto the train tracks. He heard the sound of the subway train coming, and he knew what he had to do. Wesley jumped down onto the tracks……

Wesley could tell that the train was not going to be able to stop in time, so he acted quickly. He rolled himself and the man into a narrow ditch in the middle of the tracks, and the train rolled over the pair, barely missing them but ultimately not hurting them. Because of his incredible bravery and quick thinking, Wesley saved another man’s life!

I watched several interviews with him on YouTube and was amazed not only by the story but also by Autrey’s humble, unassuming demeanor.

Autrey was standing on the subway platform with his two young daughters when the man fell to the ground with his first seizure. He and two other women immediately came to the man’s assistance. Autrey cleared his airway, and he and one of the other women sat the teen up, bracing him against their knees. The teen recovered, stood up, and walked away, seemingly OK. Then, without warning, he had a second seizure and fell into the tracks, landing between the rails.

Seeing the headlight of an oncoming train and realizing that the teen’s limbs were flailing all over the tracks, Autrey made a split-second decision and, turning the care of his daughters over to one of the women, jumped down into the subway well to help the victim.

Initially, he tried to pull the man back onto the platform, but his weight was too much for Autry, and the train was rapidly approaching. Instead, he lay on top of the man, wrapping his arms and legs around him. But the man kept struggling. “If I let him stay there by himself, he’s going to be dismembered,” the Navy veteran remembered thinking, so he tried to calm him down. Autrey explained, “I got him locked down, and I says to him ‘scuse me sir, I don’t know you, you don’t know me,” trying to explain to the man what was happening.

Five cars of the subway passed over Autrey and the man before it screeched to a halt. Luckily, this particular subway line had a deeper well than some; the cars passed above them with about an inch of clearance, although Autrey did say his blue hat got dirty.

Autry ended his interview with a poignant comment that there were over 75 people on that subway platform and only three people came to the man’s aid. Autrey wants to know why people don’t care more, why they don’t help one another. “If you see someone at need, you should do the right thing,” he said.

Lesley Autrey, I shall take your message to heart.

Having made 104 matches (that he knows of) to date, Rabbi Bernath is lovingly called “The Love Rabbi” – and for good reason! Rabbi Bernath has successfully helped hundreds of singles break through the “singles wall”. His caring yet firm style has given singles the hope and clarity they need to navigate dating and long-term relationships. Rabbi Bernath founded JMatchmaking International, a network of Jewish dating sites. In addition to being a matchmaker and dating coach, Rabbi Bernath is also the author of three books, and continuously produces engaging content on his many social media & podcast platforms. Rabbi Bernath is also the spiritual director at Chabad of NDG and the Jewish Chaplain at Concordia University.