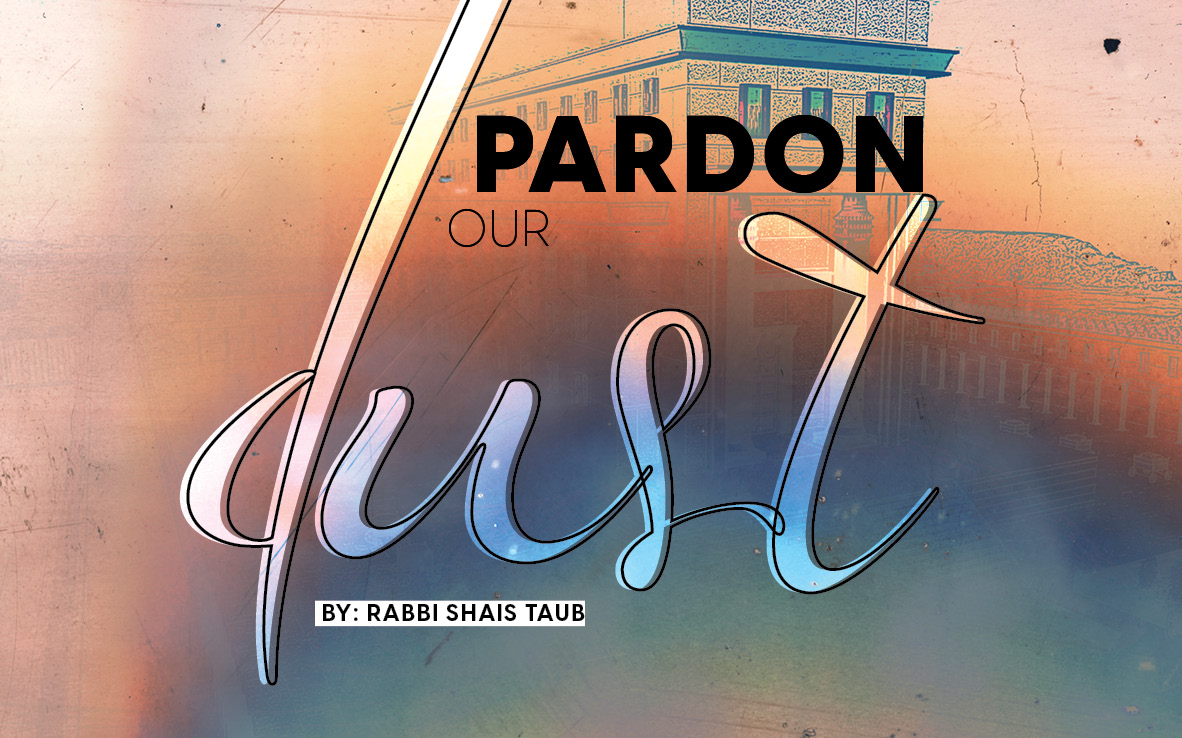 The Theodicy of the Churban

In Parshas Re’eh, as the people are preparing to enter Israel, Moshe instructs them:[1] “Demolish the altars [of the idol worshippers]… and remove all traces of them from this place. Do not do so to Hashem your G-d.”

The Rambam states that this is one of the 613 mitzvos:[3] “Anyone who demolishes a single stone from the Mizbeach or any part of the Beis Hamikdash … with a destructive intent violates ‘And you shall destroy their altars…. Do not do so to Hashem your G-d.”

So here’s our question. There is a principle based on a pasuk in Tehillim,[4] that Hashem’s commandments are, so to speak, His rules that He follows.[5] In other words, Hashem keeps all the mitzvos. How then did Hashem destroy the Beis Hamikdash?! It’s forbidden to remove so much as a stone from the Beis Hamikdash, and Hashem destroyed the whole building?!

The Destruction was a spiritual catastrophe, not only for the Jewish people but also for the world. As Chazal tell us[6] if the nations of the world had only known how much they benefited and were blessed by the Beis Hamikdash they would have sent armies to surround and protect the Beis Hamikdash from harm! Everything bad that you can think of on a personal level and a global level all stems from the Destruction. Famine. War. Disease. They’re all symptoms of the Destruction and the Exile.

And so we ask, how could Hashem do it?

This is a very big question because what we are essentially trying to understand is what the philosophers call “the problem of evil.” When they say problem, they don’t mean like “I’ve got a problem with my foot.” They mean something like a math problem, like “John had a part-time job picking apples. He picks 30 apples each hour. Each basket holds 15 apples. How many baskets can he fill in 3 hours?”

So too in philosophy, they have “problems.” How do we answer the problem of a loving and all-powerful Hashem whose world is full of evil?

Of course, the easy way out is to let Hashem off the hook. You just say that Hashem didn’t do it. “Don’t ask where Hashem was, ask where was man!” explanation. But remember, we’re talking about the Destruction of the Beis Hamikdash and it clearly says that Hashem did do it! “‘And now, because you have committed all these acts,’ says Hashem… ‘I will do to the house upon which My name is called… as I did to Shiloh. And I will cast you away from My presence….’”[7] See? Hashem admits that He did it. Hashem sent the Babylonians!

There’s no doubt. Hashem did it. Now we have to understand how, according to His rules, He allowed Himself to do such a thing.

From the Day I Went to Cheder

In 1956, on the Lubavitcher Rebbe’s birthday, the Rebbe wrote a letter[8] to the State of Israel’s second (and longest-serving) president, Yitzchak Ben-Zvi. The Rebbe’s letter to him is rather scholarly, more what one might expect to see in a letter to a rabbi than to a politician.

At the end of the letter, he explains why he did not address Ben-Zvi with the official title “nasi” which was chosen by the State of Israel as the term for the president. The word nasi, like most Modern Hebrew words, has its origins and roots in the Hebrew of the Torah. The Rebbe writes:

“From the day I went to cheder, and even before, the picture of the final redemption started forming in my mind—the redemption of the Jews from their final exile, a redemption of such magnitude that, through it, the purpose of the suffering, the decrees and the persecution of exile would be understood. And part of this vibrant future and part of this redemption is that there will be a “nasi” which means king, not merely the nasi of a tribe, but one who has none over him but Hashem.’ (Horios 11a)[9] And it will all be in such a way that with a full heart and with complete understanding ‘You will say on that day “I thank you, Hashem, for having chastised me.”’[10] Thus it is exceedingly difficult for me to use this term (nasi) about the Jewish people at a time when they are being overpowered (‘Yaakov katan hu’) and ‘afflicted, oppressed, downtrodden, and rejected, and tribulations are visited upon them. I could pay lip service and use the word superficially, but since I have heard that you are a ‘real’ person, I have no desire to be false with you. I hope you will forgive me.”

For me, the most powerful sentence in this letter is when the Rebbe quotes the Navi Yeshayahu “It will all be in such a way that with a full heart and with complete understanding ‘You will say on that day “I thank you, Hashem, for having chastised me.”’” We will literally thank Hashem for all the pain? It’s so hard to wrap our minds around. But that’s exactly what it means.

It’s one thing to say that one day we will finally be comforted from all the pain we have been through. But this is so much more than that.

This is an incredibly crucial point to understand. After everything we’ve been through, we expect a lot more than just to have it all “made up” to us in the end. You slap me and then you hug me? Please, keep your slap and your hug.

No, the Redemption we are waiting for is not a “zero-sum game” where finally, at the end of history, we merely “break even.” That’s like digging a hole and filling it in again. You’re going to tell me that Hashem brought all these troubles upon us just so we could thank Him in the end when He takes them away?! No!

What we are waiting for is something way bigger than that. We are waiting for the ultimate “punch line,” the answer to end all answers, the great “aha” moment when not only will we finally be comforted from all of the pain we have been through, but we will actually see how every bit of pain was goodness and kindness itself!

Now, I’m not pretending I can fully imagine what that explanation is going to be like. At some moments, I think I can sort of feel what it might be like. But I don’t have to figure out what that explanation is going to be. Indeed, if I could figure it out, it wouldn’t be enough of an explanation. This is something that only Hashem can explain. This is what we are waiting for- not only for the end of all pain but for the moment in which we will be able to see the pain for what it was all along.

That’s the point of the Lubavitcher Rebbe’s letter to Ben-Zvi. Having a State is all well and good. Yet even if you are the most passionate supporter of the State, it is not the development that suddenly made all of our tribulations in exile worth it. We are still waiting for Hashem to make good on what He owes us. We are waiting for the fulfillment of that prophecy “You will say on that day ‘I thank you, Hashem, for having chastised me.’” That’s what we are holding out for. Nothing less.

This Shabbos is Rosh Chodesh Elul, but it is also the very last day of Menachem Av. If you have a birthday this month you probably know that it’s the month of Leo, the lion.

So the whole process of destruction was only so that a greater rebuilding should later come from it. The Midrash then continues to explain that this will constitute the fulfillment of the prophecy,[12] “I will transform their grief to happiness.”

Similarly, the commentaries on Rambam explain that one is only liable for damaging the Beis Hamikdash if he does so “with a destructive intent.” “If he demolishes to improve upon the building, this is surely permissible,” writes the Kesef Mishneh.

Have you ever been to the airport or the mall and they have a sign that says: “PLEASE PARDON OUR DUST WHILE WE RENOVATE”? Well, that’s what’s been going on in this whole world for two thousand years. Hashem never destroyed anything! He’s only renovating!

[3] Hilchos Beis Habechirah 1:17. See also Hilchos Yesodei HaTorah 6:7. The Sefer Hachinuch also includes this as one of the prohibitions, Mitzvah 437.

[9] The citation is in the original letter.

Rabbi Shais Taub is scholar-in-residence at Chabad of the Five Towns and directs the Torah learning website SoulWords.org. He writes and lectures on Jewish spirituality and its application to our lives.