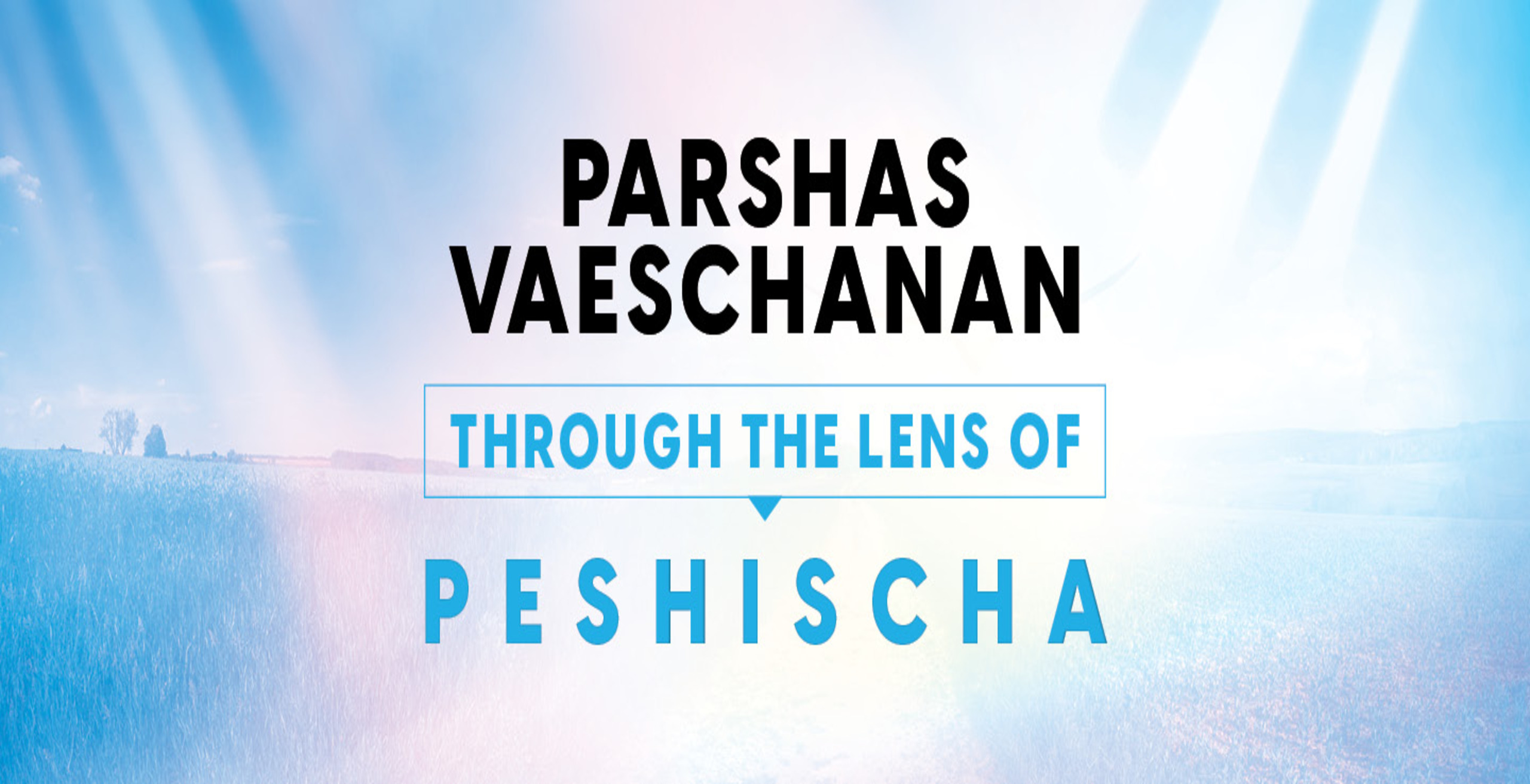 Rebbe Simcha Bunim of Peshischa was a spiritual legend. Through his fascinating professions (Rebbe, Business, Pharmacist, Kiruv) and his countless followers (including the Kotzker, The Izhbitzer, Rav Yitzchok Vorka, & The Chidushei HaRim), he innovatively inspired and personified personal authenticity, humility, truth, leadership, and genuinity. Rebbe Bunim’s Torah and ideas have profoundly impacted me personally and have been incredibly resonant- continuously challenging me to reflect internally and deepen my relationship with myself, others, and Hashem.

Here are 7 ideas from Rebbe Bunim of Peshischa on Parshas Vaeschanan:

It is a form of spiritual beggary to focus prayer solely on personal interests. Prayer is the path to intimacy with Hashem. Though not indifferent to the material world, the occupation of prayer is spiritual, it is the soul humming in tune with its source. Dovid Hamelech said about himself “I am Tefillah”. This is because when a person really prays, he becomes the prayer.

Prayer is therefore not a form of begging Hashem for gifts and handouts. Rather it is a process by which a human being develops himself to be worthy of a more intimate relationship with Hashem.

This is why the opening word of the Parsha, ‘Vaeschanan’ (“And I beseeched”), is phrased in the reflexive form, as it is a verb whose direct object is the same as its subject- Moshe became the Tefillah.

It’s an indicator: someone whose feeling of connection to Hashem is weak will overcompensate with all sorts of chumros, stringencies, and gedarim. This is what the Torah is conveying- Atem Hadevakim B’Hashem– if you are authentically connected to Hashem… Lo sosifu– you won’t require any performative religious gestures.

Don’t make a picture, a Temunah, out of all that Hashem has instructed you. Don’t follow an externally crafted image of what your Avodas Hashem ‘should’ look like.

“From there you will seek Hashem and you will find Him if you search for Him with all your heart and all your soul.”

All philosophical analysis to comprehend Hashem and His unity is called “there”- from somewhere else. In reality, the place to find Hashem is exactly where you are. When a person refines his character traits, he will find Hashem already vibrantly beating in his heart. The source of authenticity lies within the heart, accompanied by passion, sincerity, and purity of motive.

Your heart, your inner core, is pure, and it is the real source of connection with Hashem.

Serving Hashem is innate, natural to human beings. It is not something external. If a person seeks hard enough, he will find God within himself. Torah and Mitzvos are not imposed upon human beings from without, contrary to their own instincts, but rather the expression of their fundamental nature.

“Send them home and we’ll see how they behave there”

Authenticity is not possible if one simply follows Mitzvos routinely.

Of what benefit is it if a person says all his life “You shall love Hashem your God” if he doesn’t fulfill it? This is analogous to a teacher dealing with a simple child. He says to him, “Say ‘aleph” and the child responds, “Say aleph.”

Rebbe Bunim declared war on externals– anything that interfered with human beings’ ability to look at themselves for what they really are. The danger of externals, be they the accolades of society, acknowledgment, position, status, or clothes, is that they distract one from the primary question, “Who am I?”

“Posen is a place of scholars, and Torah protects both when one is engaged in learning and when one is not. How come the town of Posen is not protected from assimilation?” Rebbe Bunim said “I’ll tell you the answer. Before the pre-messianic stage, learning the revealed Torah was sufficient; but today, in the pre-messianic stage, learning the revealed Torah alone is insufficient. One needs something hidden in the innermost part of one’s heart.” In face of the onslaught of the culture around us, learning Gemara alone can only take one so far. Judaism has to touch a person’s heart.

In the first section of Shema it says “ve-shinantam, sharpen them, to your children.” When it comes to accepting Hashem, ‘teaching’ is not enough, you need “to sharpen” like a sword so that it enters into you. One can teach something, but it can remain external. You need to touch the real, you need to touch the essence.

The Kotzker Rebbe once asked an eminent scholar who had told him he had learned Shas to the end: To what end? You might have gone through Shas, but has Shas gone through into you?

Note: Rebbe Bunim’s Torah and ideas are spread out through seforim published by a wide variety of his students and followers. For an incredible English collection and analysis, see Rabbi Dr. Michael Rosen’s The Quest for Authenticity (a work that I’m personally forever grateful for). For a podcast series, check out season 6 of The Chavrusa Podcast!

A deeply valued content contributor for Meaningful Minute, Moshe is a husband, father, and espresso enthusiast. He is Executive Director at Avenues Recovery of Maryland, a residential addiction treatment center, and co-founder of The 13th Gate, an innovative platform for contemporary spiritual engagement in Silver Spring, MD. A talmid of Rabbi Meir Stern and Rabbi Asher Arielli, Moshe previously served as Rabbi at the University of Arizona in Tucson and the University of Maryland in College Park. He is the artist behind @farbreng_ink and the Chavrusa Podcast.