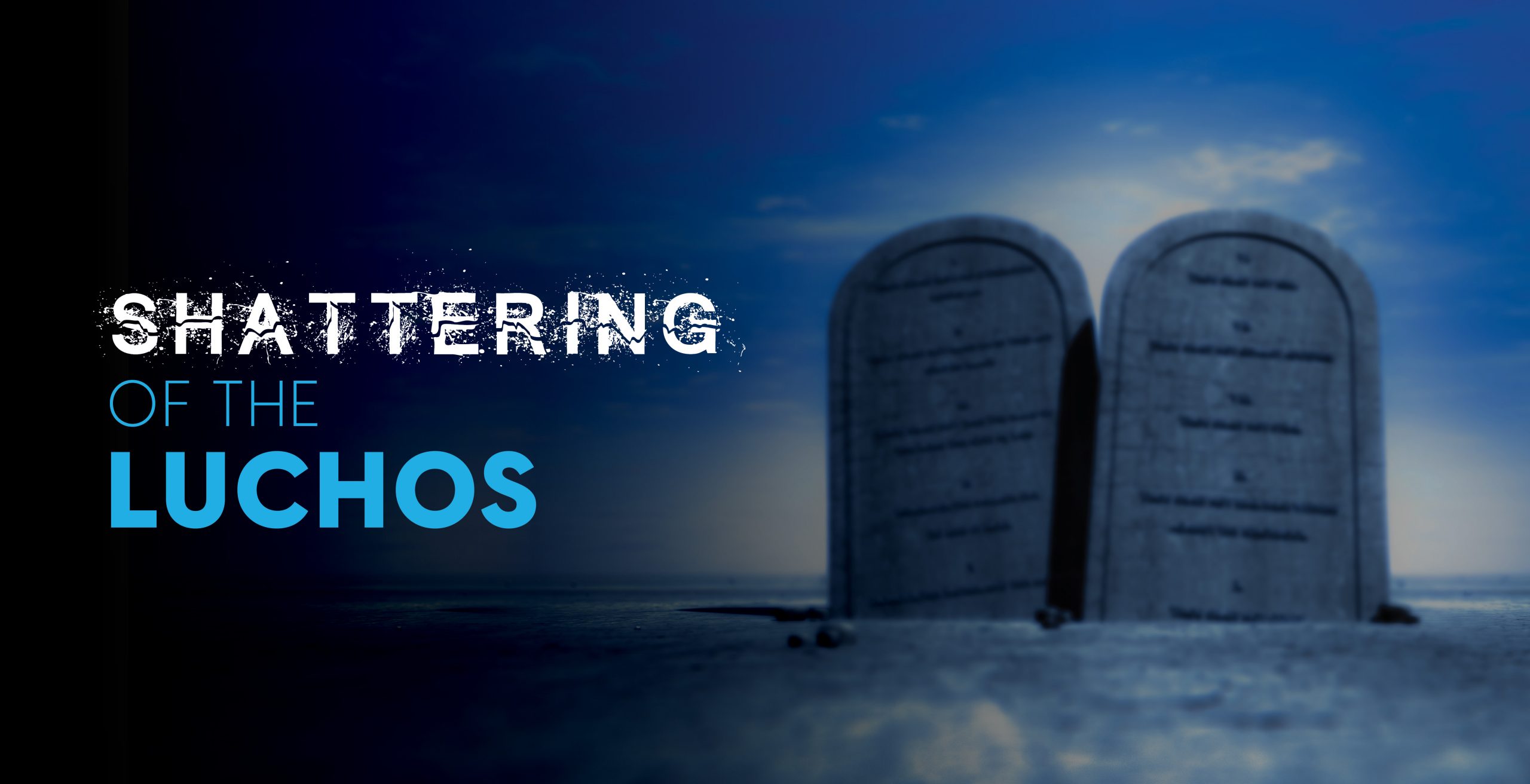 This past April, a massive event went down in Teddy Stadium to mark the 120th birthday of the Lubavitcher Rebbe. During a performance by Avraham Fried, there was a major technical breakdown that caused the electricity of the video screens, amplifiers, and orchestra to all go out. Fried scrambled to find one working microphone and went down from the stage. Without musicians, sound systems, or lights to accompany him, he beckoned the crowd to join him in a legendary Chabad niggun. Tens of thousands were soon dancing with him and singing their hearts out as they lit up the darkness with their spontaneous song.

In a way, this transformation from setback to opportunity symbolizes the underlying message of Shiva Asar B’Tamuz and the ensuing 3 weeks.

On the 17th of Tammuz, the Luchos were shattered. What was the importance of the Luchos? There is nothing there that wasn’t heard at Har Sinai; nothing not found in the Torah. What did the Luchos add, and what are we lacking today without it? What is the relevance of the Broken Luchos to our avodah of today?

The Zohar states that although the breaking of the Luchos was a diminishing of Torah, the breaking also contains the potential to become a revelation of Torah.

All the letters and secrets of Torah were embedded in the Luchos- The Luchos were a revealed symbol of how Torah should manifest and be expressed. Perhaps this is a deeper understanding of the Gemara which states that the Luchos could miraculously be viewed from whichever angle the viewer was standing. Torah needs to manifest in all angles and viewpoints of your life- in your kitchen and office, at your shtender and computer. Free from the earthly gravitational pull of the stone of the tablet, the letters of fire lifted up the earthly stone, and were miraculously suspended in the air. The Luchos then were a visual guide to Klal Yisroel on how the myriad details of Torah observance should form together a synthesized person of Godliness.

On the 17th of Tammuz the Luchos were shattered. The material stone outweighed the fire of Torah, conflict raged between fellow Jews. Judaism was relegated to one-dimensional living. The cord was pulled from the sound system, the concert went eerily quiet.

Underneath the brokenness of it all though, slipping through the mourning of the destruction, is an incredible opportunity. The breaking of the Luchos was a concealing of the revealed Torah,

and if we seize the opportunity of this time we can go beyond the revelations of the Torah to the Torah itself.

When the music unplugged at the Fried concert, the thousands of voices spontaneously joining in unison provided a different type of beauty. A beauty of finding the music without the mediums of sophisticated orchestras and systems. We woefully lack the medium of connecting to Hashem; the Beis Hamikdash is gone. Davening is as hard as ever to connect to, our institutions are flawed, and Yerushalayim is not quite the city of Shalom- of completion, true unity, and lasting peace. We are so broken as a people, to the extent that the overwhelming majority of Klal Yisroel have never even heard of Shavuos or Sukkos. And yet here itself is where the beauty of the broken pieces can be discovered. We caused Hashem to pull the plug on the Luchos, on Yerushalayim, on the Beis Hamikdash, but now there is an opportunity to sing and dance our hearts out until our chorus brings the house back down.

On the 17th of Tammuz the Luchos were shattered, yet the broken shards were kept forever in the Aron Kodesh and hidden in the recesses of the Beis Hamikdash. We can take the shivrie luchos of our lives and connect to what we have in this moment. To be more present with ourselves. To be more present with our families. To go beyond the revealed and external aspects of Torah, and connect to the deepest and most innermost parts of Torah and of ourselves. To go beyond the siddur and talk to Hashem about our insecurities, our vulnerabilities, and our longing for Him. To reach out and be real with a fellow Jew.

After that Fried concert, everyone had to find their car in the crowded parking lot or endure a packed Egged bus trip. They went home to relationships that were not perfect because no relationships are, and inevitably their children will have tantrums and announce that they hate them. Real life intervenes with all our limitations. But it could not have ended any other way, for it is not a happily-ever-after that we are questing; we are looking for the longing and connection itself. We want Hashem, we want something real. But not everyone dares to go into the brokenness that can take us there.

On the 17th of Tammuz the Luchos were shattered. The breaking of the luchos can be the catalyst for Geulah, as a nation and in our personal lives, may we merit to experience it and discover the hidden shards speedily!

1.  https://www.youtube.com/clip/UgkxlAkLZsoo4IqITfWWB5P9Mw8-hut0sUWq,
https://collive.com/avraham-frieds-ingenuity-saves-the-day-at-huge-event/
2. Mishna, Taanis 4:6
3. Cited in Likutie Yam Hachochma, Tamuz
4. Shabbos 104a
5.  See Pirkei Avos (6:2) “Don’t read חרות as engraved [on the luchos] but rather free, for only one who is absorbed in Torah is a free person”
6. See Commentary of Rav Samson Rafeal Hirsch to Ki Sisa 32:15
7. Heard from Rav Itche Meir Morgenstern Shlit”a