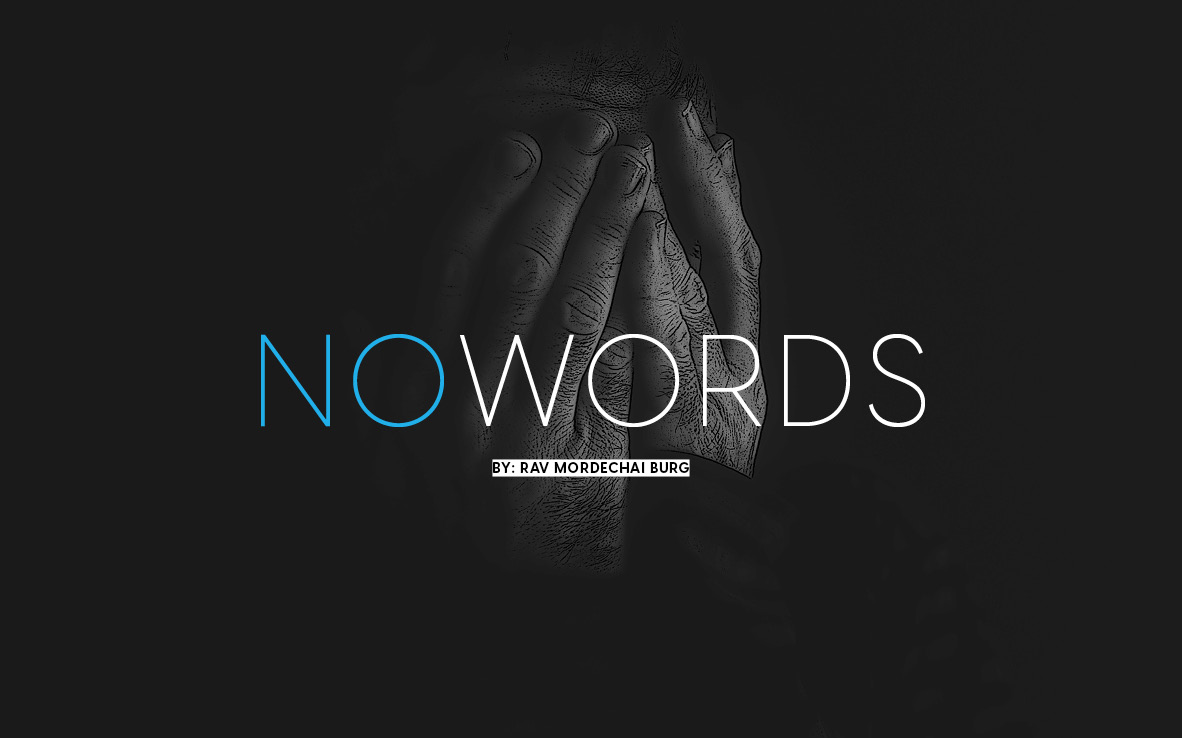 Life can be extraordinarily painful. In our pain, we reach out to friends, Rabbeim, teachers, mentors, and loved ones, searching for words of comfort and hoping for guidance on how to approach impossible situations.

I remember the day of the tragedy in Meron vividly. Everyone was struggling to make sense of what had just happened. One young man on social media posted, “I wish I were back in Yeshiva right now. My Rabbeim would know exactly what to say.” There was only one problem. I was the Rebbe, and I had no idea what to say. What could I say to the young man crushed in the crowd who had come within inches of losing his life? To the talmidim who had lost their best friend? I felt inadequate and unprepared to handle the intensity of what had just transpired.

The Meron tragedy occurred on a Thursday night. Despite my inadequacy, I felt I had to be together with them on that Shabbos. I learned something powerful: The boys didn’t need any words of inspiration. They knew as well as I did that there was nothing to say. All they needed was someone to accompany them on their journey. To sit quietly with them in their room as they cried bitter tears over the loss of their friend. To hold their trembling hand as they recited Gomel. To let them know that it was okay for them to fall apart and that I had faith that they would figure out how to put themselves back together again when they were ready.

People don’t want to be told about the silver lining in hard times. How everything that happens, happens for the best. How it will all turn out roses in the end, and if it isn’t roses, it isn’t the end. While well-intentioned, people who share these platitudes may do so to satisfy their own needs. They are uncomfortable with other people’s pain. It makes them feel unsafe, reminding them of their own fragility. Somehow they think they won’t be okay if the other person is not. And the last thing someone in pain needs is communication that they are not okay. They don’t need to be cheered up; they need us to show up. It is not our job to make them feel better. It is our job to help them feel loved.

Showing up means being present. Allowing people to be exactly who they are in this moment creates space for all parts of them, including those that make us uncomfortable, to be welcome—letting them know that what they are experiencing makes sense. Most importantly, we can tell them that we will be there with them as they journey through this pain. The redemption of pain is the feeling that we are not alone.

None of this is to say that it is easy to sit with those in pain. It is normal to feel overwhelmed and typical to want to say something even when you know that your words will surely fall short. Nevertheless, don’t do it. Silence is a gift. My wife is fond of saying, “Don’t just do something; sit there.”

Chazal tell us that Avraham Avinu discovered Hashem using the following parable. Avraham was walking down the road when he saw a palace on fire. He inquired, who is the owner of this palace? The King stuck his head out of the window and said, I am the owner of this palace. It is a cryptic mashal with many different explanations. One particular explanation always touched me. Hashem’s palace is on fire. The Shechinah is exiled in a world that does not know Him. In His pain, Hashem longs for us to call out to Him, and in so doing, we “find” Him. We are called upon to see Hashem’s pain. This is how we establish a relationship with Hashem. And, if seeing Hashem’s pain is how we build a relationship with God, it follows that this is how we build a relationship with each other.